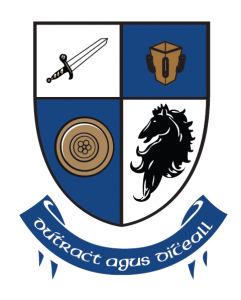 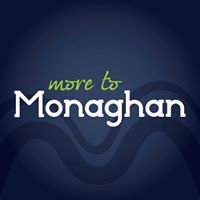 I am delighted and very proud to be hosting the Chief Fire Officers’ Association Annual Conference in my home town of Monaghan on the 8th & 9th May 2019. This will be the 62nd Chief Fire Officers’ Annual Conference and it is the second occasion that it has been hosted in the County. I would like to extend a warm welcome to all Delegates, Trade Exhibitors, Speakers and Guests from Ireland and overseas to Monaghan and to our Conference.

The Conference will afford an opportunity to discuss current issues, identify and prepare for future issues and developments in Fire Service delivery. This will be facilitated by speakers from Canada, England, Scotland, Estonia, and Ireland who will share their experiences and knowledge with us.

Recent severe weather events have highlighted our vulnerability, and the need for a heightened understanding and greater focus on emergency management. The importance of community resilience and public safety communication contributes to the increasingly complex and demanding environment we live.

Reflecting the changing landscape of our society and importance of encapsulating the safety message for all members of our community is a challenge facing leaders within the fire service.

Societal changes are continuously impacting on how we deliver our fire service and the necessity to provide a safe and wellbeing focused working environment. Ensuring a culture of inclusivity, integration and one that protects the values of diversity will be explored and we are delighted to be launching the Irish network for women in the fire service.

The Fire Technology Exhibition will afford an opportunity for manufacturers and trade representatives to outline current and future trends in the manufacturing of Fire Service equipment. It will also give the Trade an opportunity to hear the requirements of the Fire Service.

A special word of thanks to Exhibitors, Sponsors and Advertisers for their continued support for the Conference.

I would like to thank the Chief Executive of Monaghan County Council, Mr. Eamonn O’Sullivan, for his support for the Conference and to especially acknowledge the huge commitment of Monaghan Fire & Civil Protection staff in assisting the CFOA in hosting this year’s Conference.

The Fire Service in Canada 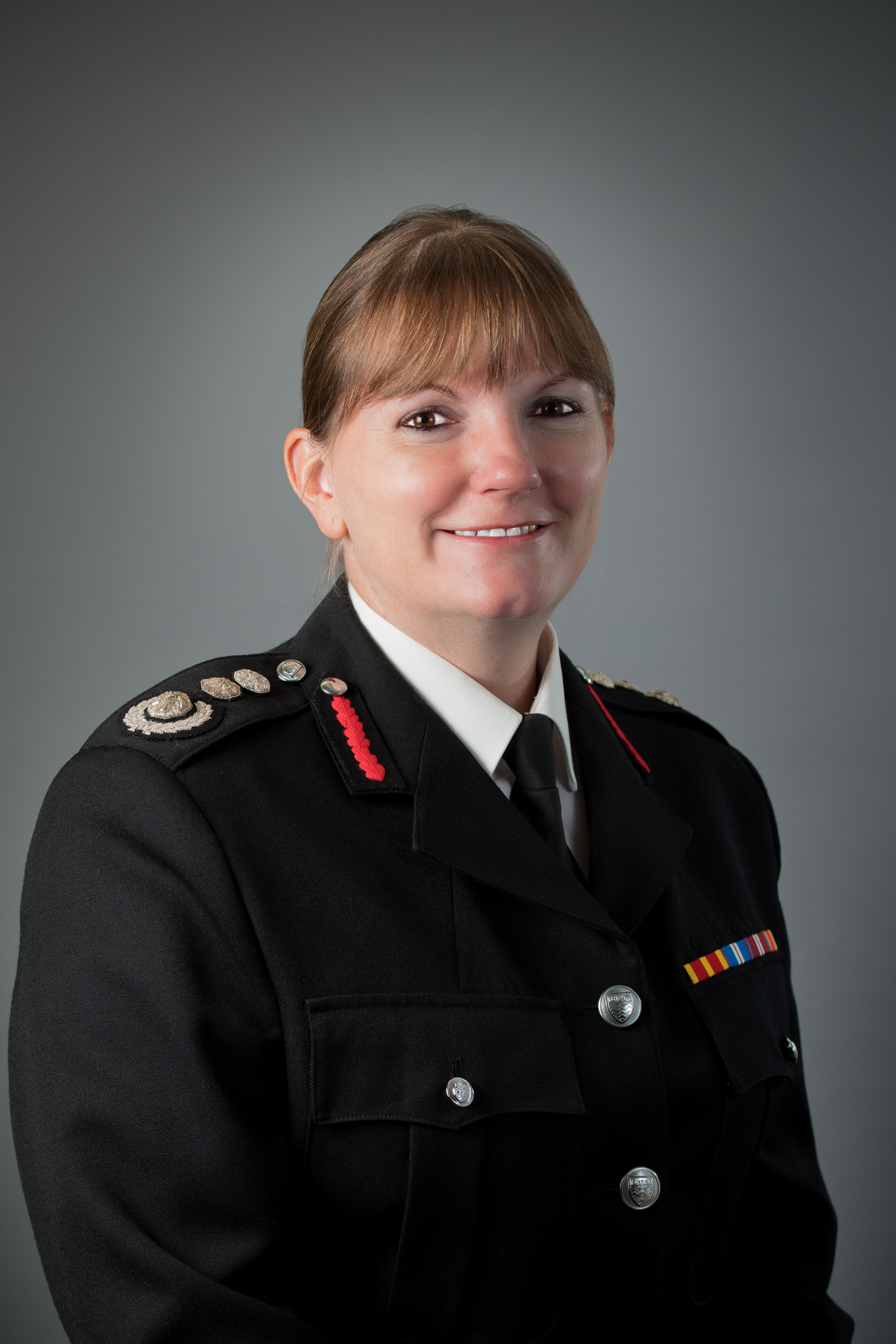 Dany joined the fire service in 1988 and has since gone on to become one of the highest ranking women firefighters in Europe.

She has served in a number of different roles and departments including being the Director for Safety and Assurance prior to her recent promotion. Dany has attended many high profile operational incidents including the Clapham train crash in 1988, just a few weeks after leaving training school. She took charge of London Fire Brigade in January 2017 and in the first six months of her role led the Brigade during major incidents including the unprecedented fire at Grenfell Tower and the terrorist incidents at Westminster, London Bridge and Finsbury Park.

Dany has been the Chair of Women in the Fire Service (WFS) for several years. In 2004, Dany was awarded the Queen’s Fire Service Medal and in 2011 was voted among the most influential women in London. Her hobbies include skiing, cycling and spending time with family and friends. 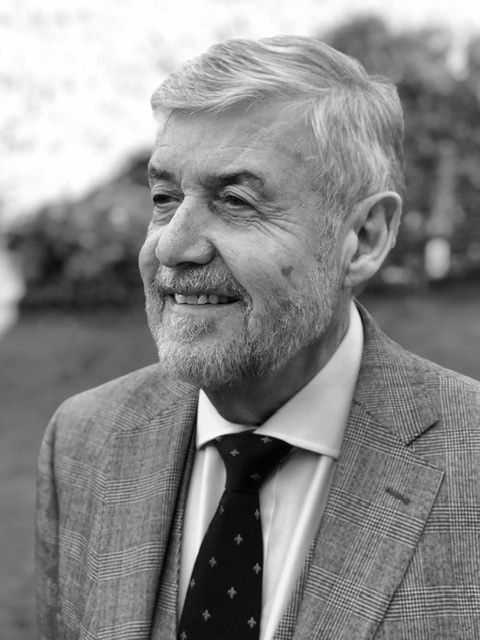 During his fire service career Sir Ken was the Chief Fire Officer of Dorset and subsequently West Midlands Fire Service before becoming to London’s Fire Commissioner from 2003 to 2007.

From 2007 to 2013 Sir Ken was the UK Government’s Chief Fire and Rescue Adviser, advising on fire policy matters and during major emergencies. Sir Ken provided assurance to regarding the planning and delivery of fire safety arrangements and operational response by fire and rescue services for the 2012 Olympics.

In the immediate aftermath of the fire at Lakanal House, Camberwell in 2009 in which six people died, Sir Ken published a report at the request of the Secretary of State.

Following the tragedy of the fire at Grenfell Tower in London in 2017 in which 72 people died, Sir Ken was appointed as the Chair of the Independent Expert Advisory Panel. In this role he continues to give advice to government on the measures that need to be taken in high rise building as part of the Building Safety Programme at the Ministry of Housing, Communities and Local Government.

Sir Ken was awarded the Queens’ Fire Service Medal (QFSM) in 1991 and Commander of the British Empire (CBE) in 2001. He was appointed as Her Majesty’s representative Deputy Lieutenant (DL) for the London Borough of Richmond uponThames in 2007.

In 2006 Sir Ken was awarded a Knighthood in recognition of his outstanding contribution to the fire and rescue service.

Sir Ken is a Companion of the Chartered Management Institute and a Fellow of the Institution of Fire Engineers. He continues to provide advice to both private and public sector organisations and is the Chairman of Gresham SMS Ltd. 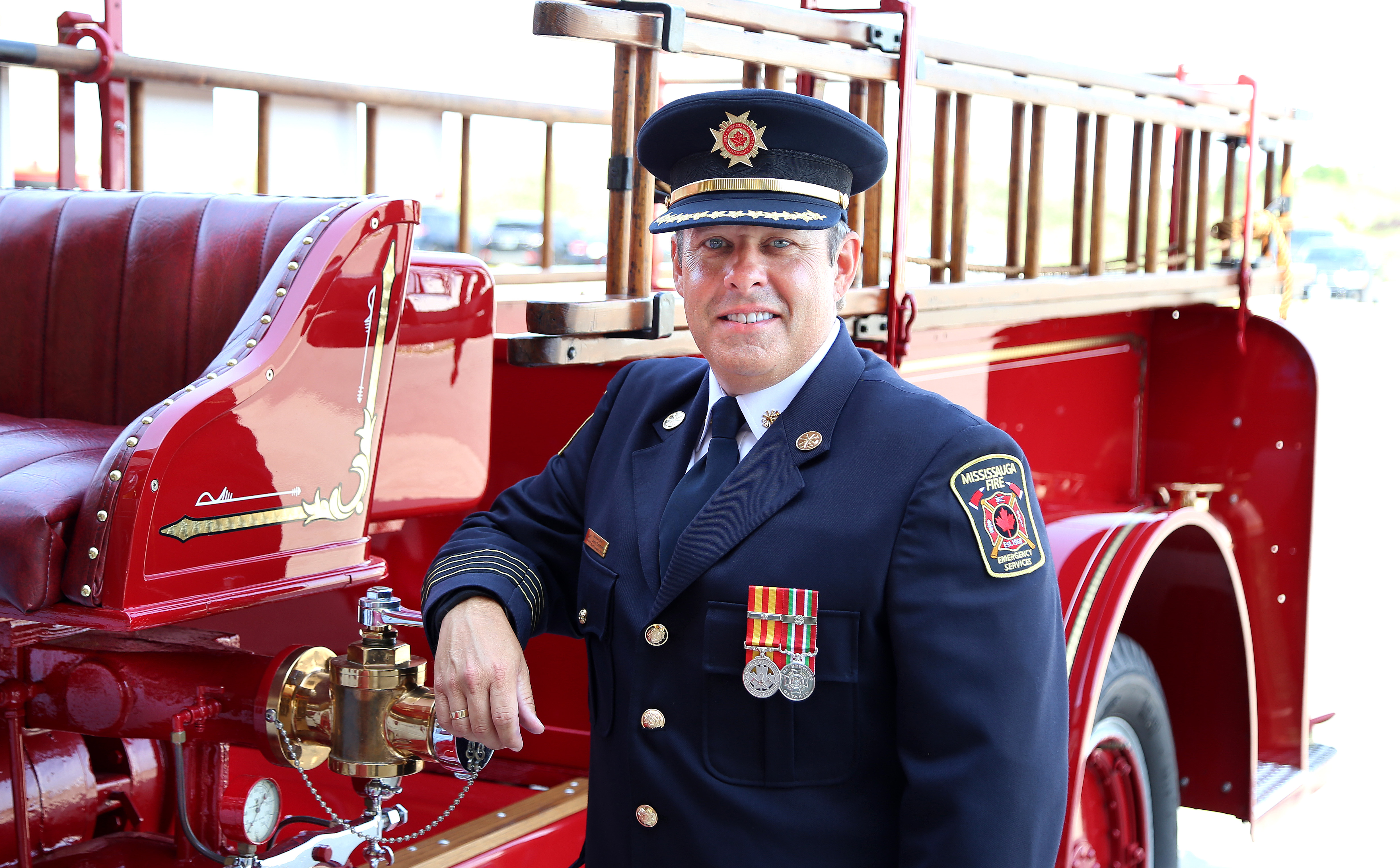 James P. Zimmerman is the Assistant Chief- Capital Assets with Mississauga Fire and Emergency Services, Ontario’s 3rd largest fire department. He is a 34 year veteran of the Ontario fire service where he has served in various roles including Fire Chief – Town of Minto Fire Department, Deputy Chief – City of Waterloo and Fire Protection Specialist/Advisor at the Province of Ontario’s Office of the Fire Marshal and Emergency Management. He is a graduate of Dalhousie University with a Certificate in Fire Service Leadership. He is currently working towards a Master’s Certificate in Municipal Leadership from York University’s Schulich School of Business. Chief Zimmerman was the recipient of the City of Mississauga’s Emerging Leader Award in 2015. To contact Chief Zimmerman email him at HarveyZ1975@gmail.com 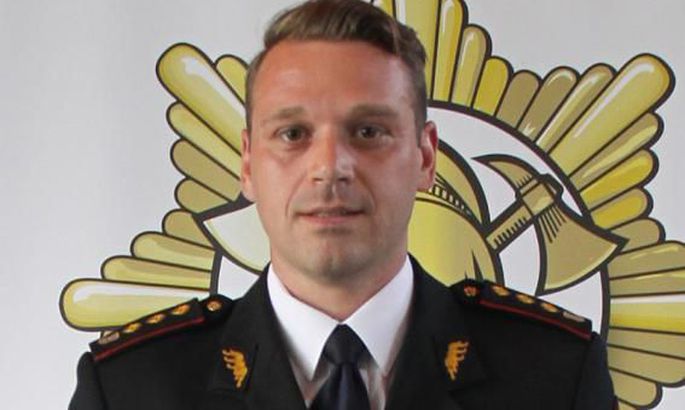 Indrek Ints is the Head of the Emergency Prevention Department in The Estonian Rescue Board.

Indrek has 23 years of service.

In 1996 he started working as a firefighter.

In 2000 he graduated the Estonian Academy of Security Sciences, Rescue service college as a Fire engineer.

Since then he has been working as a duty officer, head of the fire-station and senior specialist of operative service until 2005.

He is also involved in volunteer work and organized Youth Rescuers activities and Summer camp (est.2003).

In 2006 he was involved in building up the emergency prevention system and writing in the Estonian Rescue Board and started working as Head of Planning and Analysis Section of Prevention Department. 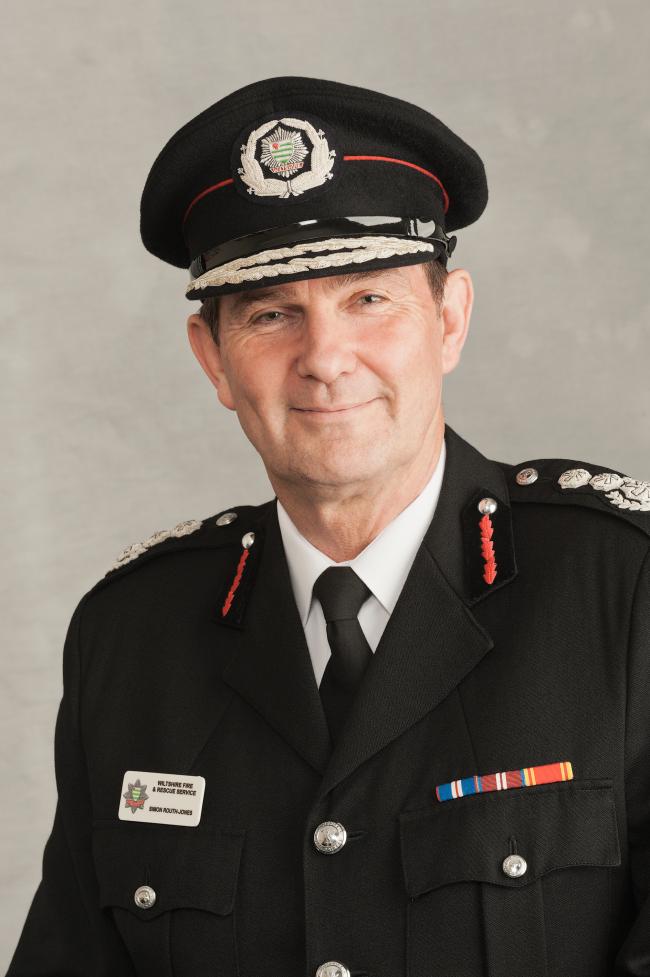 Simon Routh-Jones served as a Fire Officer for over 37 years and retired from the post of Chief Fire Officer and Chief Executive at Wiltshire Fire and Rescue Service in April 2016. He joined HM Fire Service Inspectorate for Scotland in September 2016.

Whilst at Wiltshire, in December 2013, Simon was instrumental in the successfully development and delivery of a business case with Dorset FRS, for a merger between the two services for the new Organisation Dorset & Wiltshire Fire and Rescue Service to commence in April 2016.

During his time in Service he developed and implemented a highly successful Juvenile Firesetters Programme to intervene and educate youths with their obsession and actions in fire and fire setting, working in Partnership with Youth Offending teams, Police, Education and Social Services. Initially introduced into the South West and developed further to form part of the national approach to youth education in fire prevention.

During a significant period of change within the UK Fire and Rescue Service, he development a RESPECT agenda (responsibility, equality, supportive, professionalism, excellence, communication, transformation), which was at the forefront of a cultural change which drove to reform and modernise the Fire & Rescue Service within Wiltshire.

In June 2018, Simon Routh-Jones was appointed HM Chief Inspector for the Scottish Fire & Rescue Service and leads the Inspectorate in a period of great change and challenge.

In 2016 he was awarded the Queen’s Fire Service Medal for services to the Fire and Rescue Service’.

Steve is the Director of Community Resilience and Emergencies (Acting Chief Fire Officer) leading a transformation and cultural change across these Services; he is a L4 incident & Gold Commander leading a team responsible for the delivery of all aspects of Fire and Rescue in Surrey. He is also responsible for the Counties Emergency Planning, Chair of the Local Resilience Forum and an Armed forces champion. Surrey Fire, Rescue and Community Protection Services sits within the County Council structure and supports the wider activities of the Council as well as working in partnership with other Blue Light agencies and partners to deliver a citizen centred service. Steve has led responses to flooding, wildfires, large fires, tunnel bus crash, industrial fires and a number of large scale multi agency incidents, he was involved in the Westminster Bridge terrorist attack and led the Olympic Games response in Surrey. He is responsible for planning the safety and response to many large events and deliberate operations.

Prior to this Steve served in Afghanistan with the MOD during 2009 where he was injured.

During his career with the MOD Steve led the training and demobilisation projects in Bosnia and Kosovo. He was part of the airfield, nuclear weapons and NATO audit teams, acted as advisor to the FCO, MOD and developed procedures and concepts for both Special and Regular Forces. Steve was initially trained in the Army as a parachutist, mountaineer and Linguist.

An ex-soldier and founder of the Charity Operation Florian, he has significant experience in crisis command, both in operational and strategic roles as well as in advisory, training and regulatory roles. A graduate of the Royal Military Academy Sandhurst and the Executive Leadership programme he studied at London USB and Warwick and has many other qualifications.

Steve has been awarded an MBE, the Fire Service Cross (gallantry), and has received 7 other commendations in his career.

Steve was a keen Rugby player and coach but has since retired but still enjoys the outdoors, his garden and music. 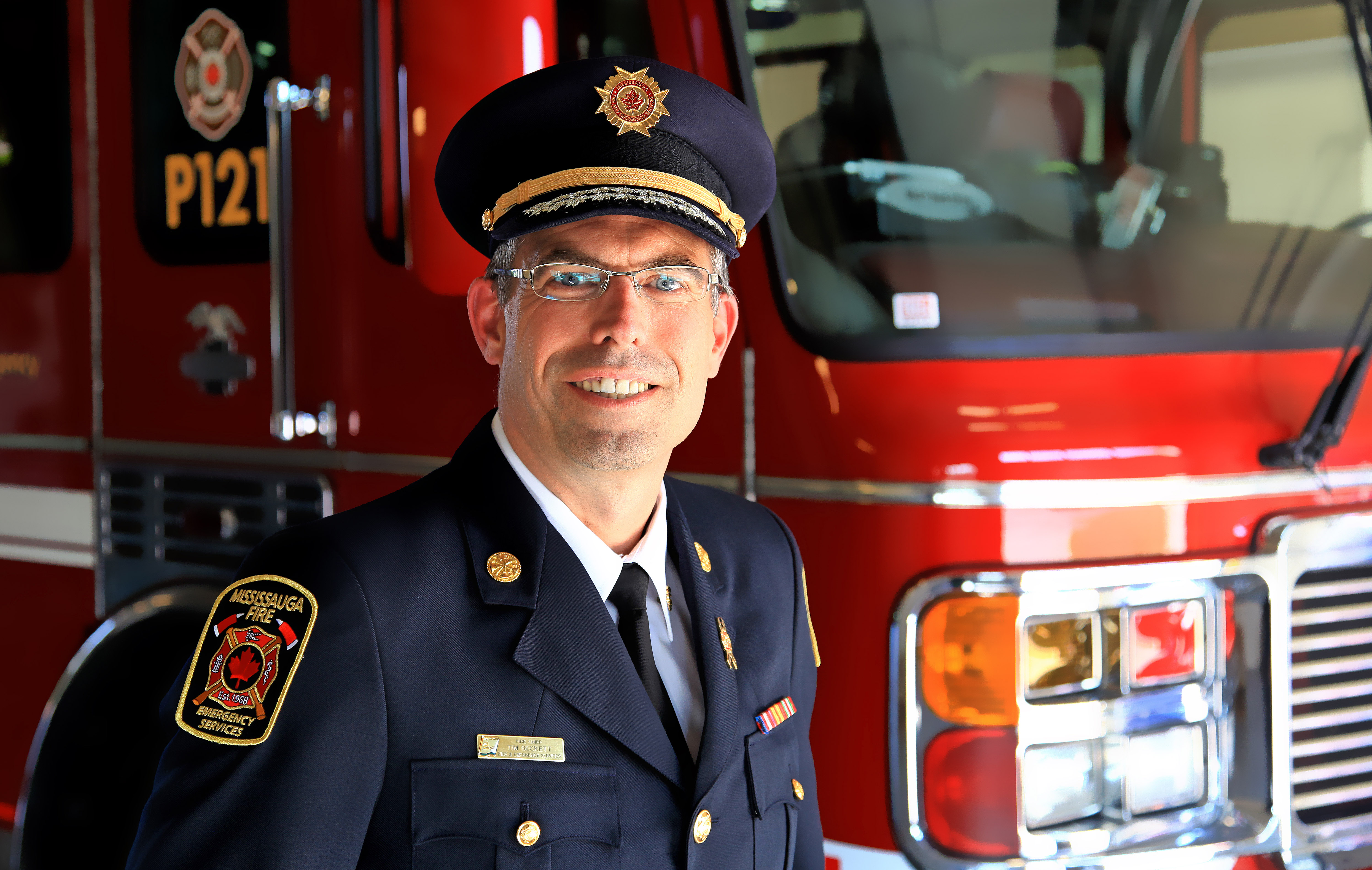 Tim Beckett is Fire Chief/ Director of Emergency Management for the City of Mississauga where he manages the over all strategic, financial and day to day operations of the fire service.

In total Tim has 33 years of fire service experience. Tim was the Fire Chief in the City of Kitchener prior to taking the Fire Chiefs position in Mississauga in 2014.He spent time in various roles in the Town of Markham, City of Vaughan and Town of Whitchurch- Stouffville prior. 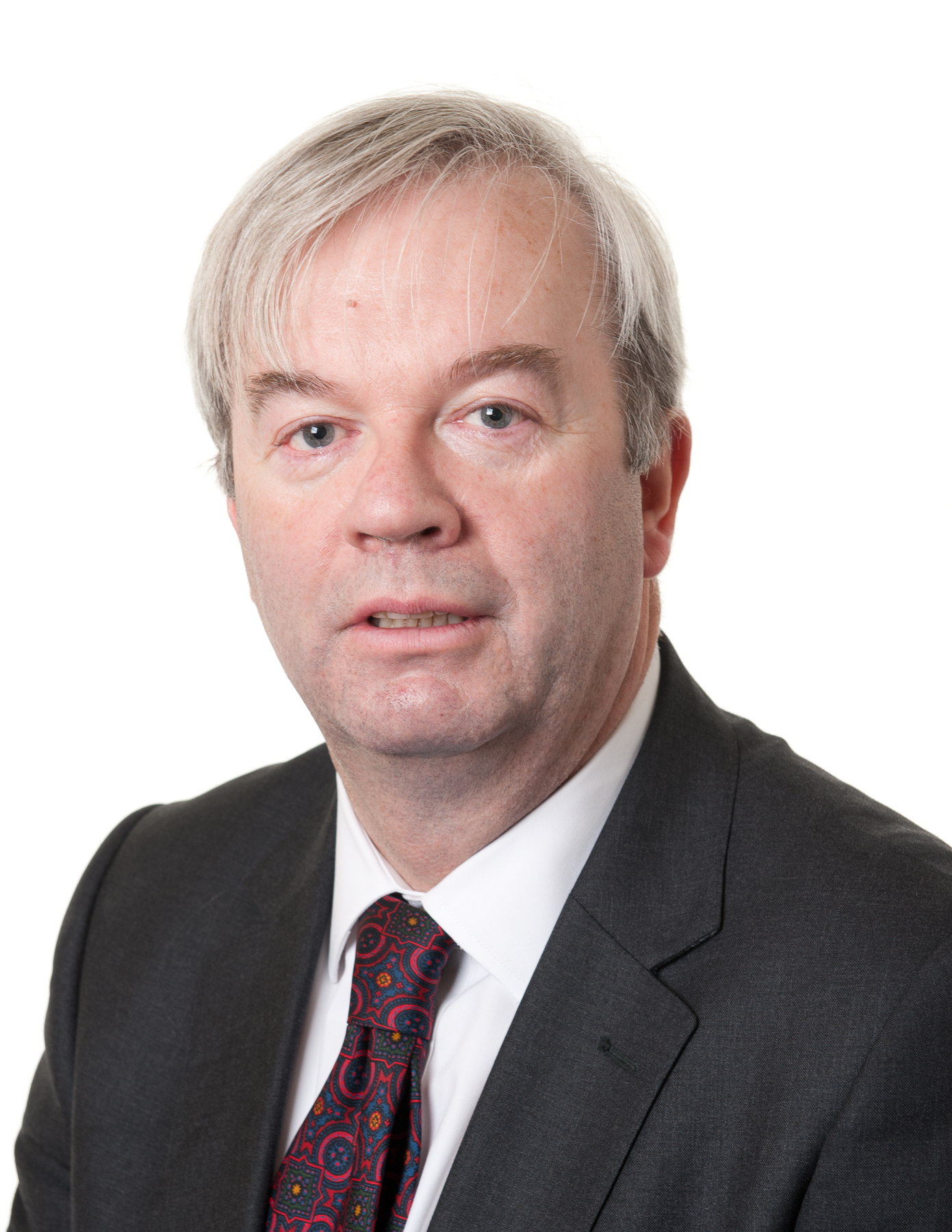 Sean Hogan is a Civil Engineer. He has worked in Fire Services in Ireland for more than 30 years. He was designated as National Director for Fire and Emergency Management in June 2009 by the Minister for the Environment, Heritage and Local Government. He has been nominated as national coordinator of recent severe weather events including ex Hurricane Ophelia (Oct 2017) and Storm Emma (Mar 2018)
He has overseen the development of a collaborative approach in the provision of fire services in Ireland between central and local government. 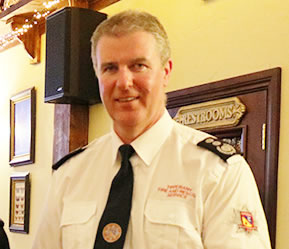 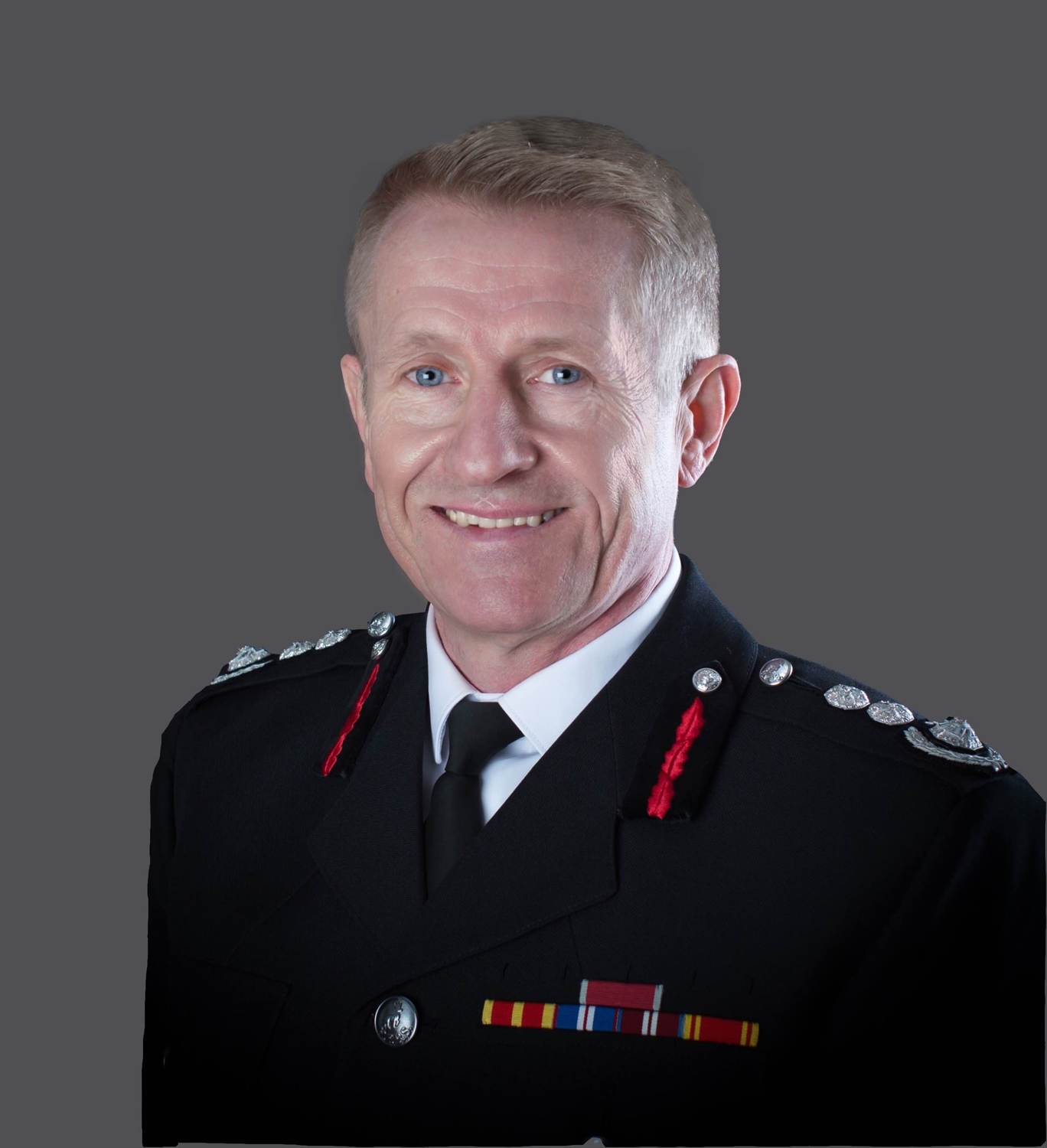 Roy was appointed as the first Chair of the National Fire Chiefs Council (NFCC) in April 2017.

Chairing the Council, the professional voice of UK Fire & Rescue services, Roy represents the NFCC in national and international forums. He provides guidance and support to Officers and Fire & Rescue Services all over the United Kingdom. Roy also represents fire and rescue in a range of government and sector forums, and is the first line of advice to Ministers during major incidents.

Roy’s career in the Fire Service has spanned some 35 years.  Roy joined London Fire Brigade in 1981 rising to Assistant Commissioner for Community Fire Safety. In 2004 Roy joined Hertfordshire and was appointed Chief Fire Officer in 2005 and Director for Community Protection and Chief Fire Officer in 2011. In 2013 Roy also became Chief Executive for the Hertfordshire Police and Crime Commissioner. 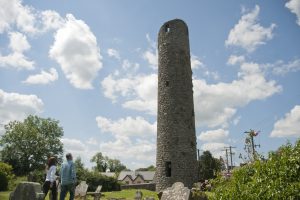 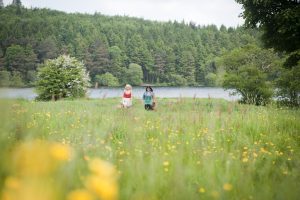 Following today’s guidance and recommendations from the Irish Government on Covid 19, the Chief Fire Officers Association has made a decision to postpone the Annual Conference.

We will be contacting exhibitors, speakers and delegates with a view to re-scheduling the Conference at a date that suits most people.

Once this is completed, we hope that we will be in a position to announce the re-scheduled date over the coming weeks.

Again, I wish to thank you for your support and understanding in these uncertain times.