This year’s conference brings together leading speakers, all of them very experienced in their own discipline, from both within and outside the Fire Service community to share their expert views.

You may be wondering why it is called Fire Away, Fire Away is defined “if someone wants to say or ask something, you can say “fire away” as a way of showing that you are ready for them to speak.” Thus, encouraging debate and discussion with the speakers and exhibitors. Less subtle and playing with the words “keep” Fire Away touches on fire safety/prevention talks and trade equipment and again “Some” Fire Away touches on a fire incident in UK which one of our speakers will be covering.

I hope that the conference will afford delegates, speakers, manufacturers and trade representative to engage with each other by asking questions and debating (1) current and future technology to assist the Fire and Rescue service in serving our communities, (2) looking at strategy for dealing with current issues and in the preparation of future issues and (3) Leadership development in Fire Service delivery. This will be facilitated by speakers from The Nederlands, Belgium, England and Ireland who will share their experiences.

The Fire Technology Exhibition will afford an opportunity for manufacturers and trade representatives to outline current and future trends in the manufacturing of Fire Service equipment. It will also give the Trade an opportunity to hear the requirements of the Fire Service.

A special word of thanks to Exhibitors, Sponsors and Advertisers for their continued support for the Conference.

I would like to thank the Chief Executive of Kilkenny County Council, Ms. Colette Byrne, for her support for the Conference and to especially acknowledge the huge commitment of Kilkenny Fire and Rescue Service staff in assisting the CFOA in hosting this year’s Conference.

I hope that all attending the Conference will find it engaging and beneficial and will have fond memories of your stay in Kilkenny.

Please contact the Lyrath Estate Hotel for accommodation and special rates at  https://www.lyrath.com/ 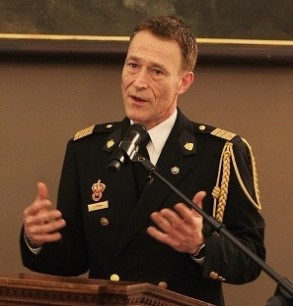 He was or is in charge of a number of large studies, amongst which is a study into the recruitment and retainment of on-call firefighters in the Netherlands, and studies into firefighting tactics and techniques as well as command and control.

Patricia is the professional Work and Organisational Psychologist at the Health and Safety Authority with responsibility for the psychological safety, health and wellbeing aspects of the Programme of Work.  She was the first incumbent into the newly developed role in the Authority 21 years ago. Patricia developed and designed the stress and bullying programme areas and led HSA initiatives for the improvement of workplace systems for increased employee well-being, stress reduction, bullying resolution, mental health promotion and increased safety behaviour, using evidence-based insights.

She provides expertise on behalf of the HSA, to various national and EU bodies on Organisational psychology topics.  Patricia is a long time occasional lecturer on related post-graduate courses in UCD, Trinity College and UCC. She is an accredited and qualified mediator, coach, analyst and psychometric assessment practitioner.

Susan Hayes-Culleton, CFA, “The Positive Economist” is Managing Director of the Hayes Culleton Group, with clients across Europe and the USA. The businesses include BECKSearch which unlocks, diffuses and records strategic tacit knowledge within networks and #SavvyTeenAcademy which manages the entire experience of teenage work experiences in corporate organisations. Her company also provides training, speaking and content development services, in the subject areas of the financial markets, economics and entrepreneurship.

Susan has twice co-authored “Positive Economics”, the market-leading Leaving Cert economics textbook in Ireland, and she is the author of two books published by Penguin.

The “Savvy Woman’s Guide to Financial Freedom” and “The Savvy Guide to Making More Money”. Susan is co-founder of The Positive Economist., co-founder of Savvy Women Online, and serves on the boards of the Irish International Business Network and the Ireland Hong Kong Business Forum. Susan holds a Chartered Financial Analyst charter, MSc Executive Leadership, BSc Financial Maths and Economics and a Diploma in Taxation. 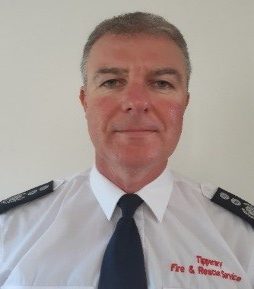 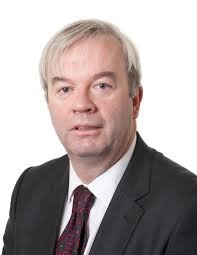 Sean is a Civil Engineer. He has worked in Fire Services in Ireland for more than 30 years. He was designated as National Director for Fire and Emergency Management in June 2009 by the Minister for the Environment, Heritage and Local Government. He has been nominated as national coordinator of recent severe weather events including ex Hurricane Ophelia (Oct 2017) and Storm Emma (Mar 2018).
He has overseen the development of a collaborative approach in the provision of fire services in Ireland between central and local government. 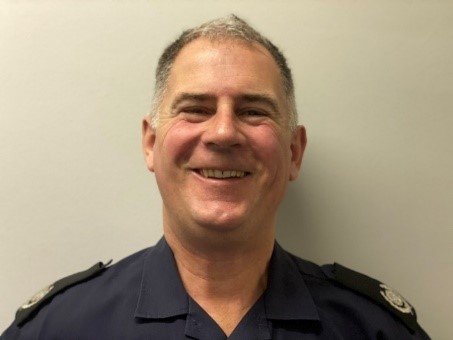 Mick Thompson is the Group Commander for Hampshire Fire & Rescue Service in Southampton. He received a distinction for his Master’s degree in Risk Management from the University of Portsmouth in 2015. Mick has a 24-year career in Fire & Rescue during which he has worked extensively in managing CoMAH (petrochemicals) risk in Hampshire County as well as leading response teams in the unitary authorities of Portsmouth and Southampton. Last year Mick was seconded to lead a small team tasked with delivering a whole organisational learning review following the 100 million GBP loss of the Ocado warehouse at Andover, Hampshire in February 2019. This fire in a vertical picking warehouse was considered the first of its kind in the U.K and the lessons identified will be of interest to professionals in FRS’ with similar risks as the development of this technological advancement delivering “ware not air” increases internationally. Mick currently resides on the South Hampshire coast with his wife Julie. 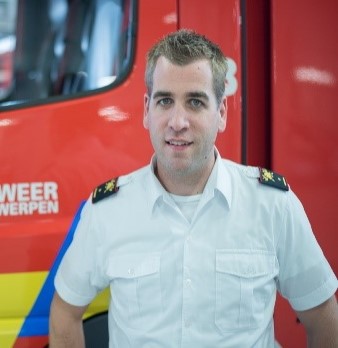 Before Bert became the Chief Fire Officer, he was active within the Antwerp Fire Service as Duty Officer and Chief of Operations. He was responsible as change manager during the recent reform of the Fire Regions. Bert is an active member of the board of the Provincial School for Emergency Services and of the Flemish Association of Fire Regions.

Bert co-authored several academic publications on the topic of Crisis Leadership and Management and is co-author of the book “Help! Een Crisis” on crisis management. Currently Bert is working on societal continuity, normal chaos and resilience of cities. 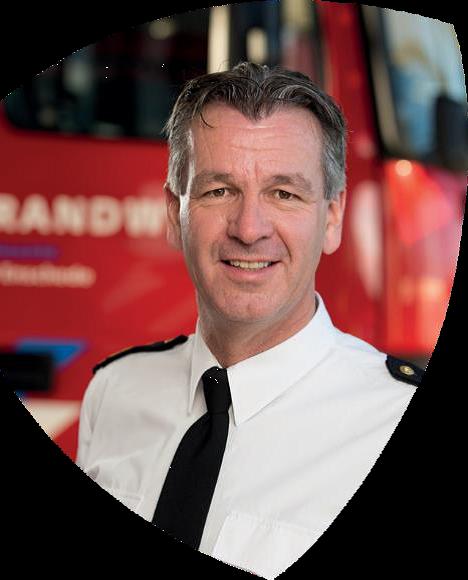 Following his Architectural studies at a University of Applied Sciences, he successfully completed the 26th officer training programme at the Rijksbrandweeracademie (the Dutch National Fire Service Academy) in Schaarsbergen in 1987.

He has worked for various fire brigades in the Netherlands from 1989 onwards: in Amersfoort (Prevention and Communications Officer), Hengelo (Assistant Chief Officer) and Enschede (Chief Fire Officer). He has been the Chief Fire Officer of the Twente fire service since 2010. He graduated with a Master’s in Crisis and Disaster Management in 2000. His thesis entitled De operationaliteit van de Officier van Dienst (OvD); de Raison D’être (The operationality of the Officer in Charge; the Raison D’être) won him the Dutch national safety award.

Op 29 September 2011, Stephan Wevers, the Chair of the Netherlands Fire Service, also became the Chair of the Dutch Board of Fire Chiefs (RBC). He was re-elected for a second term in 2016. Since 2015, he has been a member, representing the Netherlands, of the Federation of the European Fire Officers Association (FEU), the strategic platform of all national fire service organizations in Europe.

Stephan Wevers has a proven track record in all links of the safety chain: the fire service, GHOR (regional organization for medical assistance during accidents and disasters), the control room, and the crisis and disaster management organization. In his career, he has managed several large-scale incidents, including the fireworks disaster in the Netherlands in 2000. He is mainly interested in connecting the fire service with society and with other safety partners. In 2012, the Twente Safety Campus, located at the former Twenthe airport, was established under his responsibility. The Twente Safety Campus is the number one venue for safety innovation and development. 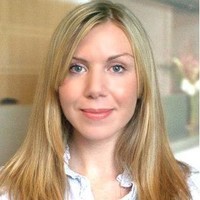 Maeve O’Loughlin is a Corporate Safety Implementation Lead with A.P Moller Maersk, Copenhagen. She is a chartered practitioner (CMIOSH) and having worked as an academic in the UK before re-joining industry in 2019, her research interest and expertise focuses on adaptive and resilient organisational performance in response to safety and social sustainability challenges. She developed and led the IOSH PIPER Initiative connecting academic research capability to industry partners and she is a member of the IOSH Performance and Development Committee. Maeve worked in HSE consulting and engineering roles in manufacturing, built environment and high risk industries prior to leaving Ireland in 2012. 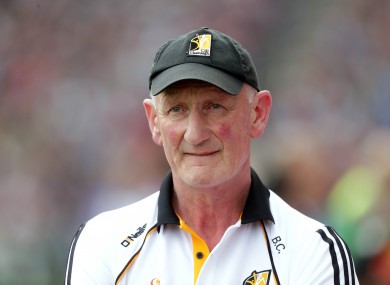 Brian Cody has been the manager of the Kilkenny senior hurling team since 1998, where he has since become the county’s longest-serving manager and most successful in terms of major titles won. He is widely regarded as the greatest manager in the history of the game. He tasted success as a player and as a manager he has rewritten the record books. Under his direction, he has steered Kilkenny to 11 All-Ireland Senior Hurling Championship titles, 8 National Hurling League titles and 15 Leinster Senior Hurling Championship titles.

Brian Cody knows all about building and managing successful teams, what it takes to be a true leader and how to successfully motivate and inspire a team to win again and again.

Following today’s guidance and recommendations from the Irish Government on Covid 19, the Chief Fire Officers Association has made a decision to postpone the Annual Conference.

We will be contacting exhibitors, speakers and delegates with a view to re-scheduling the Conference at a date that suits most people.

Once this is completed, we hope that we will be in a position to announce the re-scheduled date over the coming weeks.

Again, I wish to thank you for your support and understanding in these uncertain times.